The unemployment rate will increase massively this year, the interest rates should fall again!

On January 6, the Bureau of Labor Statistics released data showing that U.S. nonfarm payrolls rose by 223,000 in December, the lowest level since negative growth in December 2020. 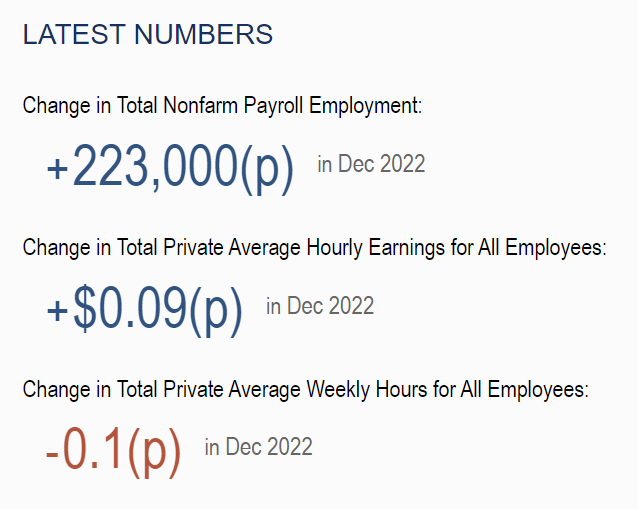 After nearly a year of aggressive rate hikes, the labor market is finally showing signs of cooling, and the number of new employees has fallen to a two-year low.

As we mentioned earlier, the main focus on when the Fed will cut rates next is the labor market.

December nonfarm payrolls data show that the Fed’s rate hike has paid off.

In a press conference after the December rate hike, Fed Chairman Powell emphasized that wages are precisely the critical issue in the fight against inflation in 2023.

And the minutes of the December meeting released last Wednesday, show that FOMC participants believe that maintaining high wage growth supports core inflation in the services sector (excluding housing), and that it is therefore necessary to further promote the balance between supply and demand in the labor market in order to reduce pressure on the wage bill.

The significant cooling in wage inflation provides new evidence that inflation is slowing further and paves the way for the Federal Reserve to slow the pace of interest rate increases.

Although the labor market has cooled significantly, the gain of 223,000 jobs exceeded market expectations for the eighth consecutive month.

However, behind this seemingly “solid” report on nonfarm payrolls, it is overlooked that employment growth is entirely the result of many people holding multiple jobs.

This means that the number of nonfarm payrolls should have been negative in December, based on the actual number of people who get new jobs!

And the “exaggerated” nonfarm payrolls report seems to have blinded people, the economy is likely to show the first signs of recession.

Looking at the historical data shows that the labor market itself is a lagging indicator and that rapid upward movements in the unemployment rate tend to occur when interest rate hikes stop or monetary policy shifts to rate cuts.

This means that the unemployment rate is likely to rise sharply over the the course of the year after the Fed stops raising interest rates. 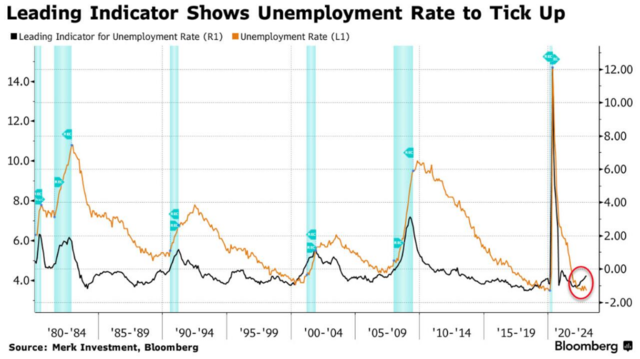 Bank of America economists even predict that the unemployment rate will rise from 3.7% to 5.3% this year, which would be 19 million people out of work!

Mortgage rates are expected to fall

As a result of the slowdown in the labor market and wage inflation, market bets on a Fed rate hike have declined, with the market now expecting a 25 basis point rate hike in February, which is 75.7%.

The 10-year U.S. bond yield also has fallen more than 30 basis points in a week, and mortgage rates are expected to fall further.

As the downward trend in inflation solidifies, the Fed’s eyes will be on the labor market in later stages.

Ellen Zentner, chief economist at Morgan Stanley, also emphasized that the labor market is likely to be the next key indicator, not CPI.

As the labor market cools, inflation will decline more quickly, and the mortgage market will begin to recover.