Will the “curse of the World Cup” that occurs every four years repeat once again?
Interest rates will also be affected!

“Curse of the World Cup”

In November, the world is in for a sporting feast – the World Cup. Whether you are a fan or not, World Cup fever will surround you.

The World Cup (FIFA World Cup) is held every four years. The previous World Cups were held in June and July, but this time is different.

The World Cup in Qatar – the first time a World Cup in the Northern Hemisphere has been held in winter – will last a total of 28 days, from the opening on November 20th to the end on December 18th local time. 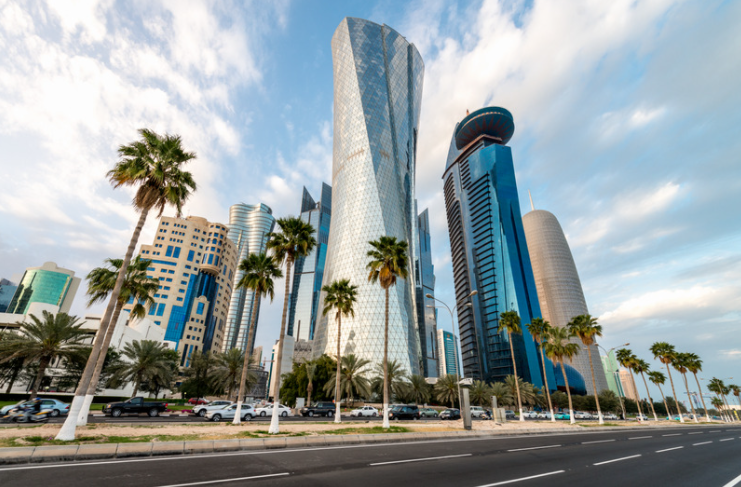 The host country, Qatar, has a tropical desert climate with very high temperatures in June and July and cooler average temperatures in November, making it suitable for strenuous outdoor sports.

Of all sports, the World Cup and financial markets are the most closely linked. The current World Cup is about to open, but many investors who are fans are not necessarily happy about it.

This is because the “World Cup curse” circulating in the market may come into play again – during the World Cup, financial markets usually perform poorly.

Although the curse originally stemmed from the link between soccer and U.S. stocks, historical data shows that global stock markets have been up only three times in the past 14 World Cups, with a staggering 78.57% chance of being down.

And after each World Cup, global markets “coincidentally” experience a major crisis.

Economist Dario Perkins has even published a chart of the “Panic Index” to illustrate the connection: During the World Cup, the VIX tends to rise. 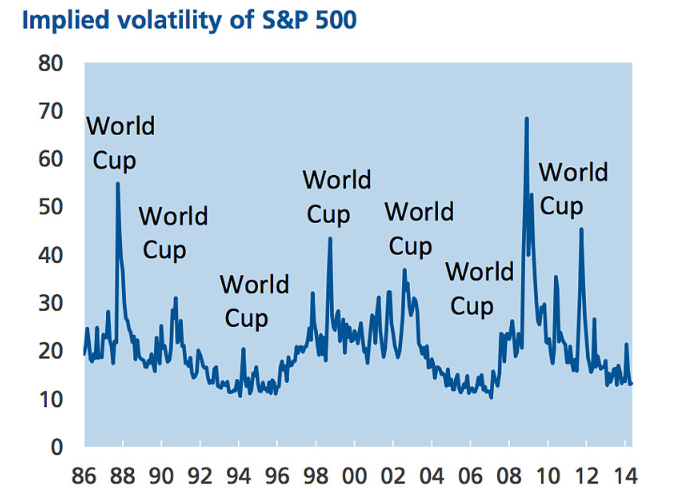 The VIX index is also known as the panic index for U.S. stocks. The higher the index, the stronger the panic in the market.

A look at the chart shows that the VIX tends to spike on the opening day of the World Cup.

So is the seemingly metaphysical “World Cup curse”, really reliable?

According to Bloomberg, the most direct reason why global markets fall on the first signs of the World Cup is that a large number of shareholders and traders are avid soccer fans and are distracted by the World Cup.

During the World Cup, global equity trading volumes were down to some extent – traders ran off to watch the game or stayed up too late, resulting in a significant drop in trading volumes.

According to statistics, a total of 3.5 billion people watched the 2018 World Cup in Russia, accounting for nearly half of the world’s people, mainly because the game time is concentrated in trading hours in Europe and the United States, so the impact on trading volumes in the markets is more significant.

In addition, during the World Cup, there is one place that is more exciting than the stock market, and that is the betting shops of the world.

Since the threshold is extremely low and the results are available in an hour or two, public participation is very high, which has led to a detour of investment money. 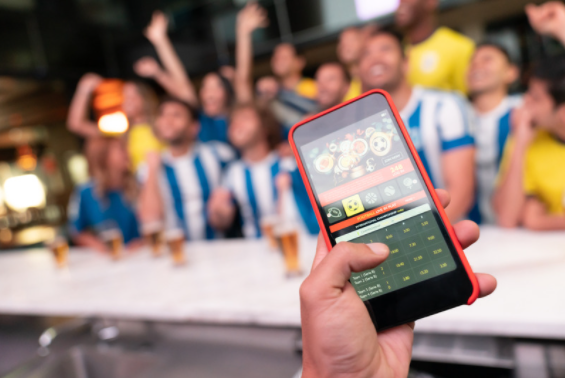 During the 2018 FIFA World Cup in Russia, more than 550 betting operators worldwide generated a staggering total turnover of 136 billion euros

Therefore, the “curse of the World Cup” is not an empty theory, especially with the concept in the media after the public acceptance, and gradually become a psychological implication, which is more likely to exacerbate the market anomalies.

Will it also capture the bond market?

The difference between the closing day and opening day yields on 10-year U.S. bonds during previous World Cups

This is also due to investor attention shifts after the tournament begins and some funds will exit the bond market; and as the tournament draws to a close, trading volume gradually picks up and bond prices decline.

In addition, ten-year U.S. bond yields have mostly fallen in the month following the end of previous World Cup tournaments.

Ten-year U.S. bond yields trend in the 30 days following the end of the last World Cup

If this pattern is confirmed again, then it is likely that mortgage rates will also follow the trend of the U.S. 10-year bond and experience some pullback.

Although it is difficult to reverse the rise in rates in the short term against the backdrop of the Fed’s continued aggressive rate hikes, the World Cup will indeed have some impact on the market, although it will likely be gradual.

Finally, we wish our fans and friends a lot of fun at this World Cup!